A Different Path to Success

Call me naive, overly self-confident, or maybe both, but I always assumed I would be successful by now. I thought I would be mid-level by now in international development, making a decent salary, feeling fulfilled by my job and its impact on the world, living a life of comfortable leisure. That’s what I thought 28 would look like. Instead, I’m getting my Master’s in a completely different career field, going into debt, and preparing myself to start in a near entry-level position come graduation. 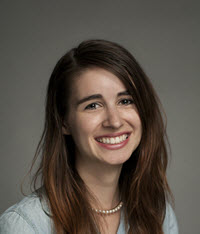 I’m sure I’m not alone in feeling like behind in terms of success. I struggled to find my career path. I started with an unpaid internship financed by a side gig. I then came across a seemingly great opportunity to work at a nonprofit in the Dominican Republic. Great, right? Wrong. I ended up moving back home after three months because of professional and personal concerns. I then bounced back with a job as a project assistant at a food security nonprofit, and quickly realized I didn’t like project management. After around seven months, I gave into wanderlust again and moved to Guatemala. After another three months and a not so great experience, I moved back. This time I would get it right. I had to. I found what I thought was the perfect job at an organization supporting entrepreneurs in Latin America. I remember the jolt of happiness when the job offer came through. I also remember sobbing when I was fired not because of a lack of performance, but because of a lack of culture fit.

This is when I finally hit rock bottom. I felt like a failure who would never be successful. I was angry and jaded with international development. I had graduated three years ago and had nothing to show for it. I was defeated and assumed the problem was me. While all my other friends were receiving promotions, I was filing for unemployment and picking up side gigs to make ends meet. I want to say I got through this time period easily, but I didn’t. My mental and physical health slipped. I was frozen and wasn’t sure what to do next.

Then I had a conversation that cut through my sad zombie state. A mentor connected me with her friend and we hit it off right away. She had similar feelings about the nonprofit space that eventually motivated her to start her own social media consultancy. I was helping her with projects less than a week later. From there, I started picking up freelance content strategy gigs and met a mentor who would eventually change my entire career trajectory. She not only gave me the professional affirmation I needed, but introduced me to the entire world of brand strategy. I loved it so much, I decided to apply to grad school at the Virginia Commonwealth University Brand Center and the rest is history.

And for the most part, I’m okay with where I am today on my path to success. I’m proud of what I’ve accomplished and I feel fulfilled and supported in a way I never have before. But sometimes, I’m not okay with it. I still compare myself to peers who are making great salaries, buying houses, and taking lavish vacations. I kick myself for not finding this career path sooner. All that said, I wouldn’t give up my past career path as traumatic as some moments were. I’m resilient, strong, and just that much more determined to prove my old boss wrong. But most importantly, I know that failure does not define me and that I will be successful, even if it takes a few years longer to get there.

Sign up to learn how a graduate business and the GMAT Exam can take your career to the next level!

Recommended Posts for You:

Brought to you by GMAC, the global organization of leading graduate business schools.